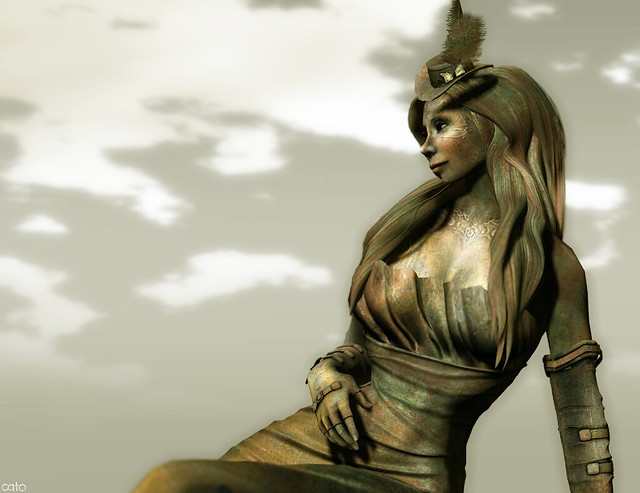 (Dear Caity, we love you, official or not.)

So day 3 is in the (rusted) can at ACS, and it was once again very busy.  I had a bunch of people stop to IM me as I sat parked on a bench.  Some had suggestions, some had questions. Some wanted to tell me how much fun they were having. It was all very nice. I try to sit where people can see me for a little while every day so folks can ask questions if they need to.  I just go downstairs when I’ve hit the limits of my introversion.  If you see me sitting around feel free to IM.  (if I dont answer immediately Im probably in another window, but I’ll see it eventually.)

So many people are coming to take photos. It’s really heartening. And I can tell you right now that we’re doing even better so far than last year- for that we can only thank all of you who have comes to join us, the merchants and the bloggers for working so hard to make such a great event.

Though we keep the 1920s Radio Network on for most of the day during this event (unless there’s a live set at Gothika), we encourage people to turn the music on. It’s a delightful addition to the atmosphere. We are planning “the big party” for this event on  September 26, but several of the European folks came down this afternoon to enjoy Lee’s set at the Gothika Mobile Unit from 1-3pm. Good times had by all.

I’ve overheard people roleplaying on the streets of Cursed. It’s all very surreal. We’re so used to being the quiet island of gothic misfit toys, this is quite the change.

I couldn’t actually *decide* between these two photos of Caity’s, so Im putting them both in. So there. 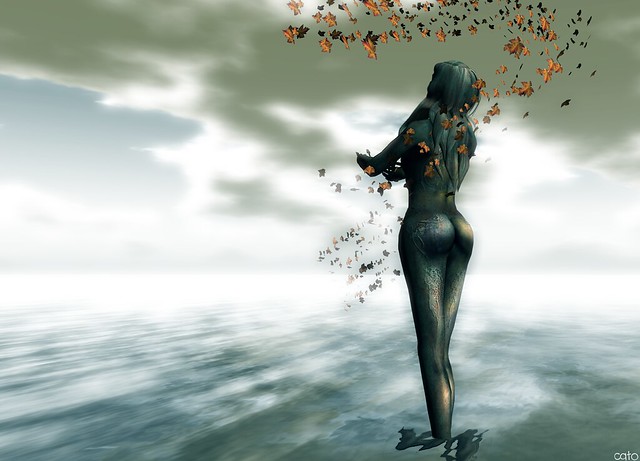 The skin that Caity is wearing was made by Alia Baroque of Fallen Gods Inc. and I’ve seen people strolling all over Cursed wearing both the mens and womens versions. Again, it’s very surreal, like a town overrun by living mechanical people. All the while I can hear Alia cackling. (I heard that, Alia.)

Everyone should know that after only 3 days we are VERY close to surpassing last year’s event total.  I took the day three total at 6pm SL time, but I can see what it is now, and I expect we will hit that number today.

So everyone please keep coming and visiting with us. We have a wonderful weekend coming up for people to run around our..strangely mechanical island.  I’ll just wear my Angels of Liberty tshirt under my diesel gear.

Also I want to once again thank our incredible blogging team, who is doing so much work to bring awesome images and posts to everyone. Since we seem to be talking about mechanical people today, here’s Skell Dagger: 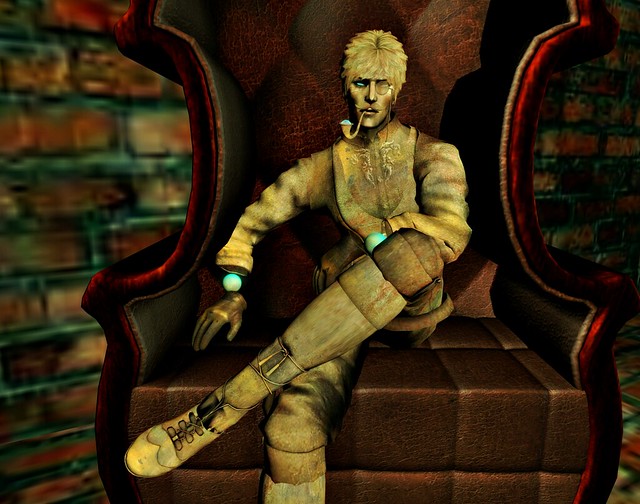 Tonight at the Gothika Mobile Unit, Lokii Violet will be there live from 8-10PM Pacific Time, and Rydia Suicide will be immediately after her from 10pm-midnight.

The day three total is 230,954L or about $890USD (this was taken at 6pm SLT. It’s higher now.) raised for the National Kidney Foundation.

One thought on “Dusting off the rust.” 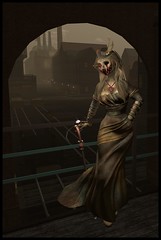